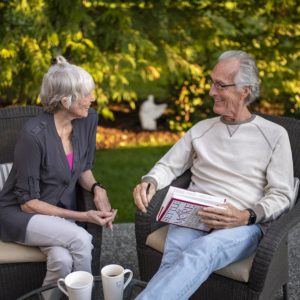 Bobbie and Tom are both veteran therapists and authors who have served as consultants over the past 40 years to thousands of individuals, partners, parents, grandparents, children, teachers, schools, mental health workers, professional organizations, spiritual centers, churches, and temples. 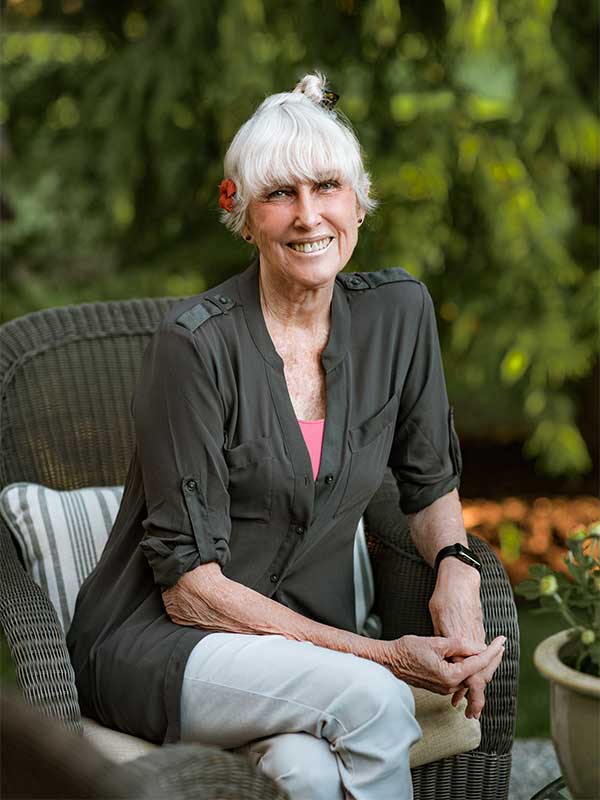 Bobbie Merrill is a child and family therapist, parenting consultant, and trauma treatment specialist. She is also a best-selling international author as well as a past contributor to an award-winning Relationship Column for the Honolulu Advertiser and a freelance Relationship columnist with her husband, Dr. Tom Merrill, for Cox News/NY Times News Service.

Bobbie was honored in Honolulu Magazine at the height of her career as one of Honolulu’s most successful women. Now a grandmother and a conscious female voice, Bobbie continues to remain passionate about inspiring all of us—herself included—to become our best selves in order to create a kinder, more just and joyful humanity living in a kinder, more just and joyful world. To this end, Bobbie continues to write books and blogs, consult, and conduct online classes designed to help us bring these possibilities to life.

Bobbie feels blessed to have been born in paradise into an adventurous and fun-loving family living on the beautiful Waianae Coast of O‘ahu when Hawai‘i was still a United States Territory. Later growing up on a sugar plantation adjacent to her birthplace, she commuted to Honolulu to attend private school, which she credits for broadening her societal and academic horizons. Her weekends were filled with competitive swim meets as well as surfing and playing tennis and volleyball with friends.

At the age of fifteen, Bobbie’s first summer job at the pineapple cannery (before later working as a swim instructor) gratefully awakened her to the reality of social and racial injustice, a lesson that that has strongly informed her heart and influenced her life and work.

Following two years of college on the West Coast, Bobbie spent her junior year studying literature and art at the Institute for American Universities in Aix-en-Provence, France, where she also enjoyed further awakening and extensive travel throughout Europe. She returned to the United States to graduate with a major in English literature from Wayne State University, followed by earning a graduate degree in education at San Jose State College and then teaching English literature at a Palo Alto high school.

Bobbie eventually returned to her Hawaii roots to raise her children and resume playing competitive tennis and social golf with friends, while earning a master’s degree in clinical social work at the University of Hawaii, which included completing advanced training in child development, trauma treatment, and conflict resolution.

Trained as a child and adult therapist and parenting coach, Bobbie focused her career on early childhood development, coupled with private adult counseling. She also co-founded the socio-emotional development program at the Unity School of Hawai‘i, a prominent, progressive preschool known for its notably loving students consistently scoring in the superior range on entrance examinations to Honolulu’s rigorous private schools.

Bobbie’s best-selling book, Parachutes for Parents, describing her method, is widely used by parents and teachers and as a text at a number of colleges. Bobbie has taught her program to parents and staff at numerous private and public schools throughout the United States and currently conducts online parenting classes with her husband. They also hold partnership success classes based on their book, Settle for More, You Can Have the Relationship you Always Wanted … Guaranteed!

Once her children were off to college, Bobbie returned to the waters of her birthplace to celebrate her fiftieth birthday by swimming with the Waianae spinners, making her among the first to swim with dolphins in the wild. She went on to enjoy a decade-long journey of over two thousand hours of free swimming with dolphins and whales in unique travel destinations throughout the world. Her book, Compelling Conversations with Dolphins and Whales in the Wild: Vital Lessons for Living in Joy and Healing Our World, offers readers a rare opportunity to vicariously experience her entrancing adventure and its potent lessons.

Bobbie has two adult children and three grandsons—all of whom she describes as being uniquely “kind, bright, talented, and fun people.” Bobbie is a world traveler who currently lives and works in close partnership with her husband and soul partner near Seattle and Puget Sound, where the orcas live.

Hawaii born Tom Merrill, Ph.D., ABPP, DPNAP, is an author, consultant, and professional speaker with a private practice centering on individuals, couples, and family therapy. He is a trained mediator who is experienced in alternate dispute resolution and consults on intra-organizational relationships. He is also trained in trauma treatment support for adults and children.

Tom describes himself as a ‘most fortunate’ man whose life has followed a full and rich path filled with extraordinary encounters, people, challenges and experiences that have heavily influenced his personal and professional journeys.

Prior to his life as a psychologist, Tom moved through his undergraduate work at the University of Colorado, Boulder on the 5-year plan, taking a year off to travel and perform throughout the US in clubs and coffee houses at the peak of the folk group movement. He returned to college with a love and passion for all things music, a romance he nurtures to this day.

Upon graduating, Tom honed his corporate skills before returning to his Hawaii roots where he became Senior Vice President of the state’s largest advertising agency. His time in advertising peaked Tom’s interest in human behavior and revealed his talent for working with people. While still with the agency, Tom earned a Masters degree in counseling psychology that inspired him to follow his heart and make a mid-life career change.

He bid adieu to the world of advertising and, with the support of his first wife and three adaptable daughters, relocated to Texas and The University of Texas at Austin to attend graduate school. Acclimating well to the Austin hospitality, cuisine and music, he earned his PhD in psychology with a focus on human behavior and interpersonal relationships.

Tom left Texas with his degree, wonderful memories, a satchel full of newly learned songs and guitar riffs and returned to his Hawaii home and a private practice in clinical, forensic, and neuropsychology. In his role as a forensic psychologist Tom served as an expert witness in state and federal courts, testified in capital murder cases and advised the U.S. Dept. of Justice on conditions of confinement, assessment and treatment of incarcerated adolescents.

He also resumed his passion for marathons and triathlons as well as competitive canoe paddling and kayaking in races, including the challenging Molokai Channel event.

Professionally active, Tom is past president of the Hawaii Psychological Association, past Chairman of the Hawaii State Psychology Licensing Board and is a Board Certified Clinical Psychologist licensed to practice in Washington, Arizona and Hawaii.

Tom is one of a select number of psychologists elected to the National Academies of Practice as a Distinguished Practitioner in Psychology. Among his other career accomplishments, he helped to shape and participate in Kids First, a program for Family Court designed to reduce the detrimental effects experienced by children during the divorce process. He also created and served as Chairman of the Hawaii Mental Health Center, Inc., a system to deliver pro-bono mental health services to families in need.

Tom also served as an affiliate faculty member of Argosy University-Hawaii Campus and as an Adjunct Professor in clinical psychology at the University of Hawaii. He has authored and published numerous articles and columns in professional journals, newspapers and trade publications.

A father of three gifted and kind daughters and a grandfather of four equally remarkable granddaughters, Tom counts these seven spirited women among his greatest blessings. An avid folk-fan, a newbie at Hawaiian slack key, and a budding photographer, he can be found picking, composing, and singing, or digitally capturing the world around him.

Tom currently lives and works in the Pacific Northwest with his wife Bobbie, a sweetheart from his early adolescence who he rediscovered and married and was inspired to co-author with her the ultimate how-to partnership book titled, Settle for More. They continue to write books and blogs and teach online parenting and partnership classes.